Are you wondering if an RV WiFi booster can improve your home or RV’s WiFi signal?

In this guide, we share the best RV WiFi boosters and answer some frequently asked questions about home and RV WiFi.

We also talk about the differences between an RV WiFi Booster, WiFi Repeater, and WiFi Range Extender so you know which one to get.

Note: Some of the links in this article are affiliate links. This doesn’t cost you any more than normal. Read our disclaimer for more info.

WiFi boosters, WiFi extenders, and WiFi repeaters all have one thing in common:

However, how they do that are what ultimately set them apart.

In this section, we’ll talk about what makes them unique so you can get a better picture of which one you might need.

Simply put, a WiFi booster is a device that can be used to boost or extend your wireless signal to problem areas where said signal is low.

WiFi boosters pull the existing wireless signal from a router, amplify it, and re-broadcast it in order to create a stronger connection with your wireless devices (such as your mobile devices, tablets, and laptops).

Often times, people buy WiFi signal boosters to make up for the lack of WiFi in an area of their home (these areas are known as “dead zones” or “dead spots”).

While most people use an RV WiFi booster to enhance their WiFi signal, they’re also good for making your WiFi faster (faster internet connection? We’re in).

Gone are the days where you had to purchase a brand new router and range extender to have faster internet connection! You can get two different types of WiFi boosters, too:

Most wireless WiFi boosters come with a setup button that makes installing them a breeze. All you have to do is press the button and the WiFi booster will automatically connect to your router.

Wireless WiFi boosters should be placed in a location where it can pick up the router’s signal. Keep it away from thicker walls and appliances that could cause interference such as microwaves, electronics, and cordless phones (all things you won’t typically have to worry about when staying at RV parks).

A wired WiFi booster is the best choice for fast connection speeds without any disruptions or lag. A WiFi booster connects to the existing coaxial cable to extend your wireless network to areas where the signals are low.

Wired connections prevent interference that could cause a WiFi booster to slow down or drop out (yes, even RV WiFi boosters do this!). Because of this, even if you have thicker walls and electronic devices in the way, a wired WiFi booster will still work as intended.

A WiFi repeater (also known as a WiFi range extender) is known for creating a second network in your household.

With a WiFi repeater, you technically have two routers built into one.

One router picks up the original WiFi signal and the other amplifies where that WiFi signal is sent.

The easiest way to explain a WiFi repeater is this:

The repeater does just that – it repeats your WiFi signal (without any modification) and can also boost it.

You could think of your WiFi repeater as a booster on steroids, seeing as though it acts as one!

If you’re looking for an accessory that can help to expand your existing wifi signal, you’ll need a Wifi extender!

WiFi extenders are able to improve your internet speed without having to pay for a better internet plan.

Unlike WiFi repeaters or range extenders, WiFi extenders go directly to the source of your WiFi router by using cables and wires.

The further away you (or your device) is from a WiFi router, the weaker your internet connection (and internet speed) will be. By using a WiFi extender, you’re able to insert a cable directly into the router and run it through the wall to reach any area of your home.

For this reason, WiFi extenders are known to be the ultimate powerhouse (literally) for WiFi connectors.

Here are a few more reasons to install a WiFi extender:

A Wi Fi extender might not be the best option for you, though. Here’s why:

Note: If using a WiFi extender at an RV park, you most likely will not have the issue mentioned above. And when it comes to the campground WiFi, you’ll definitely want something to boost existing WiFi signals.

By having a good router and a great WiFi range extender, you know that your network connection will work perfectly!

As we mentioned in the section above, RV WiFi boosters literally boost your existing WiFi signal and make it much faster!

They’re great to get rid of those pesky little dead zones in your house, too.

If you have a thick wall between your WiFi router and your RV WiFi booster, you’re probably not going to see much of an improvement.

Before you curse everyone who told you that they work (us included), try installing WiFi boosters in the same room as your traditional WiFi router.

What Is The Best RV WiFi Booster?

Now that we’ve talked about WiFi boosters (and WiFi range extenders, WiFi network extenders, and WiFi repeaters) it’s time to figure out what model you should get.

​Notice we missed one that you use? Let us know what RV WiFi Booster you use in the comments below!

If you work from home, you’re going to need the best WiFi you can get. Having a weak WiFi signal (and poor internet connection) is never a good sign.

Not to mention, online gaming isn’t easy when your WiFi devices aren’t performing as well as you’d like them to.

Plus, if you need to connect multiple devices, you might need a WiFi booster!

Our wireless devices needed a bit of TLC when we first got them, but we’re quite happy with our home network now!

In this section, I’ll go over what we believe are the top WiFi boosters for houses.

Are you currently using a WiFi booster in your home? If it’s not mentioned below, be sure to let us know what you use in the comments below! 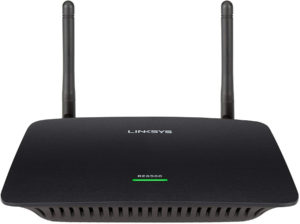 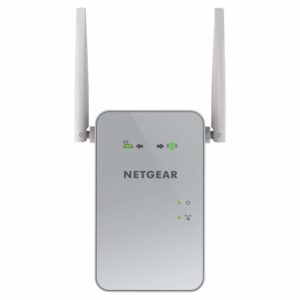 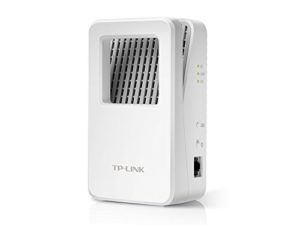 This site is called The Wandering RV because we’re primarily about how to live in an RV. One of the biggest struggles of the RV lifestyle is, of course, weak WiFi.

If, like us, you’re always looking for a better WiFi connection while at a campground, this is the section for you! 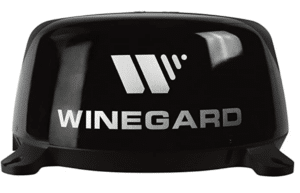 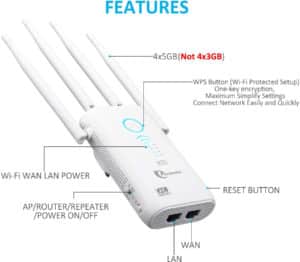 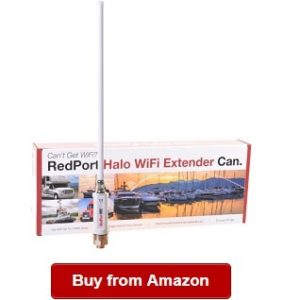 Still with us? Great!

Have questions? That’s great, too!

Perhaps your questions are similar to the ones below.

If you have a question for us that isn’t shown in the list below, be sure to ask us in the comment section!

Having A WiFi Booster, Repeater, or Network Extender Can Make Life Easier

Getting a signal booster for your home or RV WiFi can make a world of difference.

If you have any questions on how to boost your WiFi signal or anything about WiFi devices, just drop a comment below and we’ll answer you ASAP!